Book of the BlindQuest Tome

I can see what you see not.
Vision milky, then eyes rot.
When you turn they will be gone,
Whispering their hidden song.
Then you see what cannot be,
Shadows move where light should be.
Out of darkness, out of mind,
Cast down into the Halls of the Blind.

All Books from Diablo

The game starts when the player's character arrives in Tristram. Several of the remaining townsfolk assist the player such as Deckard Cain the Elder. The labyrinth under the Cathedral descends from the dungeon/church, to the catacombs, followed by the caves, and finally Hell itself, each with a mixture of the undead, animals, and demons. Leoric has been re-animated as the Skeleton King.

Late in the game, the hero must defeat Archbishop Lazarus, and eventually Diablo himself. At the end of the game, the hero kills Diablo's mortal form. The hero then takes the Soulstone out of Diablo's forehead after which Diablo transforms into a lifeless Prince Albrecht. The hero then drives the Soulstone into his/her own forehead, and he or she contains the essence of Diablo within himself or herself. 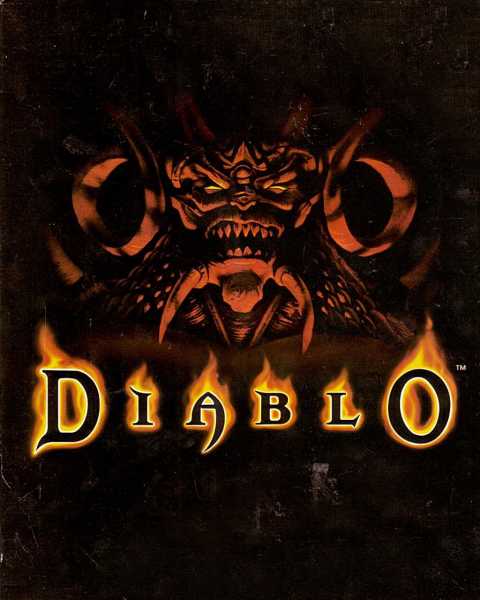 "Diablo" is a trademark of Blizzard. All of the original content for this game is copyrighted to Blizzard.