The Book of Spirituality

In your travels through life, remember always that Spirituality embodies the sum of all virtues. Chant the mantra "om" as you meditate on Spirituality, and all will become clear to you.

All Books from Ultima VI: The False Prophet

Some years after Lord British has returned to power, the Avatar is captured and tied on a sacrificial altar, about to be sacrificed by red demon-like creatures, the gargoyles. Three of the Avatar's companions, Shamino, Dupre and Iolo, suddenly appear, save the Avatar and collect the sacred text the gargoyle priest was holding.

The Avatar's party flees through a moongate to Castle Britannia, and three of the gargoyles follow. The game begins with the player fighting the gargoyles in Lord British's throne room. After the battle, the Avatar learns that the shrines of Virtue were captured by the gargoyles and he embarks on a quest to rescue Britannia from the invaders.

It is only later in the game that the Avatar learns that the whole situation looks rather different from the point of view of the gargoyles – indeed, they even have their own system of virtues.[1] The quest for victory over the gargoyles now turns into a quest for peace with them. 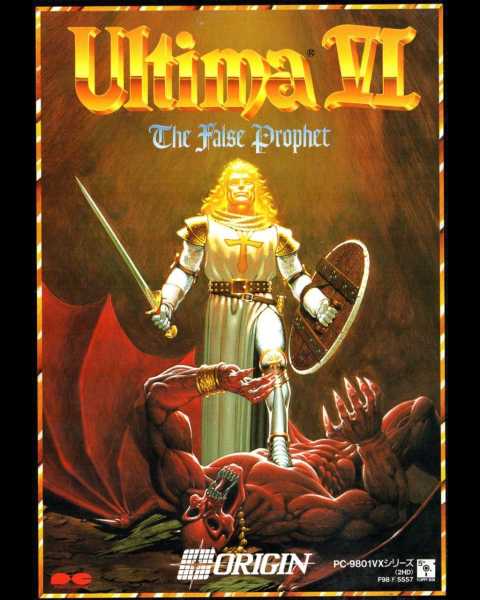