Back in Ultima I: The First Age of Darkness, one section of the game world was known as "The Lands of Danger and Despair". Shamino, a recurring character in the Ultima series, was a ruling lord here. The Lands of Danger and Despair vanished after the conclusion of Ultima I and became Serpent Isle, separated from Sosaria, as the world of Britannia was called before Ultima IV.

The original inhabitants of Serpent Isle, the Ophidians, had a culture where serpents played a central role. They eventually became polarized as the forces of Order and Chaos, respectively, and fought a great war that destroyed their culture and left their cities and temples in ruins. Order "won" the war, destroying the Chaos Serpent, but thereby upsetting the natural balance to the point where the entire universe is unraveling. (It turns out that the "Great Earth Serpent" that guarded Exodus's fortress in Ultima III was actually the Balance Serpent that Exodus had ripped from the void, triggering the war between Chaos and Order in the first place.)

Much later, Serpent Isle was re-settled by humans who had left Sosaria voluntarily, or who had been exiled. An alternate name for Serpent Isle is "New Sosaria", a reference to the original homeland of these settlers. Many of them referred to Lord British as "Beast British", and had a very low opinion of him. After he united the lands, and with the establishment of the eight virtues, those unhappy with his rule fled to Serpent Isle. Unlike Britannia, which has eight cities representing the eight virtues of the Avatar, Serpent Isle has three city-states, each with their own beliefs, which are warped versions of the Britannian principles of Truth, Love and Courage. 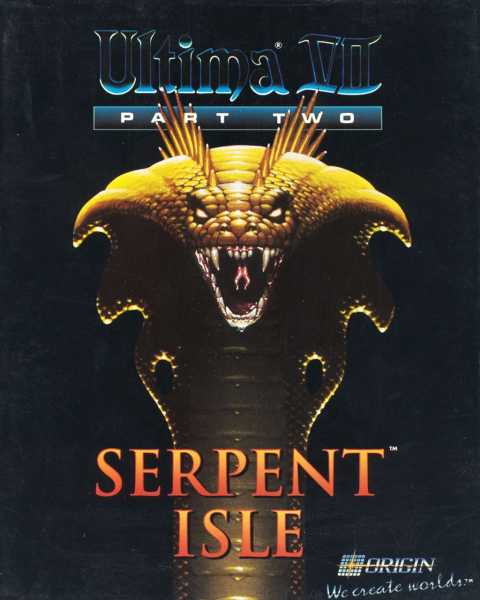